SNP are first to commit to ‘gamechanger’ daddy quota The SNP have become the first party to offer a ‘daddy quota’ of Shared Parental Leave at the general election.

In an announcement this morning the party revealed a pledge to increase parental leave to 64 weeks. 12 of that would be set aside for fathers to ‘use it or lose it’.

The party, which currently holds power at the Scottish Parliament in Edinburgh, said they’d also increase the rights of dads-to-be so they could attend up to six antenatal appointments without losing any pay. Currently men are only entitled to take unpaid leave to go to two antenatal appointments.

They also want to give dads one week of paternity leave without any drop in salary. Currently the baseline for men is two weeks of paternity leave paid at the statutory rate of just shy of £150 per week. Labour and the Lib Dems have promised to increase paternity leave to four and six weeks respectively. The Conservatives launched a consultation on parental leave in the summer which closes this week.

SNP leader Nicola Sturgeon described the policy as a ‘gamechanger’. She said: “The SNP in government is taking radical action to help young families – almost doubling free childcare, the baby box, our new Best Start Grant and Scottish Child Payment and the women returners scheme to help women back into the workplace.

“But we also need to change societal expectations and make it easier for new dads to take time off with their children.

“Shared Parental Leave is a good thing, but take up remains stubbornly low.

“Based on international examples, our plan for ‘use-it-or-lose-it’ months available only to the dad – in addition to the year available to new mums – could be a gamechanger.”

Although the SNP are in power in Edinburgh employment rights are not devolved meaning any changes must come from Westminster. While the SNP obviously can’t win power in London given they only field candidates in Scottish seats it’s possible they could hold the balance of power in a hung parliament. That would allow them to demand their policies are adopted in return for parliamentary support.

We're still waiting for the SNP manifesto but this is a significant announcement from the Scots party. Particularly given there's a decent chance they'll hold the balance of power after the election. Once we've got all the manifestos we'll be combing and comparing them so check back to see what each party is offering working dads. 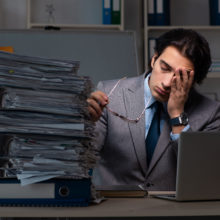