Home working fuels demand for a right to disconnect Employees want a ‘Right to disconnect’. New polling found two thirds of workers want clearer rules about when they can, and when they can’t, be contacted for work purposes.

The government has promised an Employment Bill. Campaigners want it to contain a right to disconnect.

Trade union Prospect carried out the latest research. Two thirds of those currently working remotely said they’d support a right to disconnect. It’s suggested that companies would have to negotiate with their staff to agree rules around when people could not be contacted for work purposes.

Support for the policy is strong across all age groups and with voters from all political parties.

The poll also found that:

Prospect, whose members include scientists, engineers, tech experts and in other specialist roles, has written to Business Secretary Kwasi Kwarteng urging him to include the Right to Disconnect in a consultation in advance of an Employment Bill, which is expected to be included in May’s Queen’s Speech.

Prospect Research Director Andrew Pakes said: “People’s experience of working from home during the pandemic has varied wildly depending on their jobs, their home circumstances, and crucially the behaviour of their employers.

“It is clear that for millions of us, working from home has felt more like sleeping in the office, with remote technology meaning it is harder to fully switch off, contributing to poor mental health.

“Remote working is here to stay, but it can be much better than it has been in recent months.

“Including a Right to Disconnect in the Employment Bill would be a big step in redrawing the blurred boundary between home and work and would show that the government is serious about tackling the dark side of remote working.”

Prospect has also published research pointing to the need for hybrid working in future. Their polling shows 37% of workers have a preference to be mostly or completely office-based in the future. A further quarter want to work mostly or completely from home. The largest proportion of people – 40%  – hope for a form of ‘hybrid’ working. The desire to have access to an office at least part of the time was highest among young workers, with 64% saying they would like to work from an office at least some of the time.

The polling also revealed a lack of consultation from employers about future working patterns. Only 22% of workers reported that they had been consulted so far. And 37% don’t expect to be consulted in future. 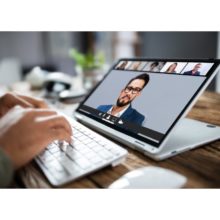