Working dads are key to tackling the career costs of Covid Dads working fewer hours out of the home, and doing more around the house emerged as a key theme in offsetting the career costs of Covid for parents and carers.

At a webinar organised by the Global Institute for Women’s Leadership and chaired by former Australian PM Julia Gillard thought leaders discussed how lockdown impacted parents. And what the future may hold.

Many participants pinpointed to the role of dads as vital to ‘building back better’ after the pandemic.

James Tarbert, of research firm Karian and Box, revealed new evidence that women are set to suffer disproportionately as the economic crisis unfolds.

His firm surveyed over 200 companies. And the findings are stark. 57% of parents and carers had to use annual leave to cover childcare issues during lockdown. A third had to reduce their hours, one in five took unpaid leave. And 14% asked to be furloughed so they could deal with the demands of childcare and homeschooling. Separate research has shown the majority of those taking unpaid leave or being furloughed were women.

More worrying for the future was the finding that most line managers were not aware of their companies policies to support parents and carers. Only half of the organisations that took part in the research said they’d planned for the challenges arising from the return to school this autumn.

40% of the firms surveyed said they were planning to make redundancies. Most said they’d select by performance and/or absence. But most had no policies in place to take into account the impact of lockdown on parents’ performance or absence. James Tarbert suggested many firms were failing to take into the short term situation of parents due to coronavirus as they make long term decisions on issues like redundancy.

Sonia Sodha, chief leader writer for The Observer newspaper, was also part of the discussion. She said the UK needs to follow Iceland’s example and establish a ‘use it or lose it’ element of parental leave for dads. She reckons that key to equality is to get men and women sharing the work at home and that needs to start from the very beginning of parenthood.

The journalist also questioned the current norm that men work full time while many mums work part time. She envisioned a future in which both parents work three or four days a week. “We should aspire to live in a society where no parent works five days a week,” she said. However she recognised that men face a social stigma when they ask to work flexibly. To counter that she argued that women need to ask for more workplace rights for fathers, even if that can feel uncomfortable.

Sarah Churchman, chief inclusion, community and wellbeing officer at PwC said that parenting through the lockdown had been “a complete and utter nightmare” for many people. She said many PwC employees ended up working long hours to try and fit everything in but the firm made sure line managers kept in close contact with their teams to monitor wellbeing and look for signs of burnout. One positive of the lockdown experience was that “empathy levels went through the roof” she explained.

Professor Rosie Campbell, Director of the Global Institute for Women’s Leadership at King’s College London, said, “Many employers currently find themselves facing extraordinarily difficult decisions which will lead to significant numbers of people losing their jobs. But what’s worse is that many are making these decisions in the dark.

“This data shows an alarming one in four companies surveyed do not have policies in place to mitigate against the brunt of redundancies being borne by people whose performance has been affected by the closure of schools and childcare providers.”

She added, “Women continue to undertake the greatest share of unpaid caring work in the UK and they have already been disproportionately represented among those laid off during the crisis. If more isn’t done to ensure that those who took on the bulk of the caring during the lockdown aren’t the first to be out of work, we risk losing a massive pool of talent from the workforce and reversing progress on gender equality, neither of which will help achieve the economic recovery we all hope for.” 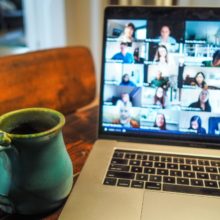