Paul Pomroy, CEO of fast food giant McDonald’s, is the first guest on a new podcast about leadership and he chose to focus on fatherhood

Next post
The unexpected health benefits of flexible working 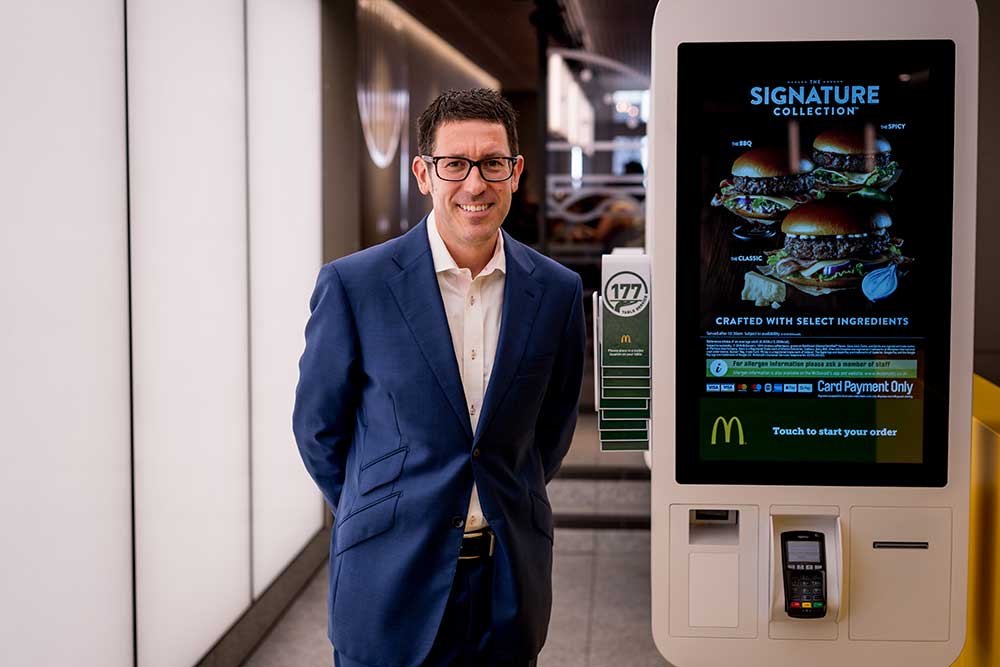 Paul Pomroy is CEO of McDonald’s and father to two young sons.

Speaking on the Voice of Leaders podcast he stressed how his role as dad is central to his life. And how that informs his style as boss of the iconic firm.

He was recently asked by McDonald’s global bosses to attend a get-together in Asia. But he explained on the podcast how he and his wife support each others careers by blocking off time for one or the other to travel on business. The Asia conference fell during a 10 day period his wife needed to be away. So Paul told his bosses that he couldn’t make the event. Setting an example and creating a culture can be more mundane however.

When a meeting he was at that was due to end at 4.45pm ran 15 minutes late he left at 5pm sharp explaining that he had to collect his son from nursery. “I heard that after I left three or four other mums and dads also left. They had been sitting there in fear thinking ‘will he leave’. But that incident sort of symbolically went round the office.” He adds, “People like myself and leadership team have to lead by example.”

Paul describes himself as a ‘noisy leaver’. He ensures everyone knows when he leaves the office because he needs to be home for bathtime or just to see his boys. The firm no longer holds meetings before 10am or after 4pm to allow people to deal with emails or admin before leaving the office. And sending emails between 7pm and 7am is frowned upon unless entirely necessary.

He says it’s important that managers show that they are human and that they care.

McDonald’s employs around 125,000 people through its franchised restaurants. It serves around four million people every day. Paul joined the firm over 20 years ago. In the podcast discussion with host Tea Colaianni he talks about his journey to the top of the firm. “Always take the opportunities in front of you,” he says. He warns against getting ‘obsessed with promotion’ and instead looking at moving sideways within an organisation to give a breadth of experience.

He says he sees a psychologist to help him be a better dad. And he also has a business mentor.

McDonald’s has made great strides on gender diversity according to Paul. The firm is now focussing on improving ethnic diversity. “Reflecting the societies in which you work and operate and where your customers are is important,” says Paul. Previous post
Do I have to pay a new dad for paternity leave?
Next post
The unexpected health benefits of flexible working