Furlough is a word which is new to many of us, but has become an often spoken term during the pandemic and lockdown. Here we take a look at some of the changes to the furlough scheme, and what they might mean to you over the next couple of months.

Next post
Fatherhood and Family – striving for a new normal What is the furlough scheme?

The furlough scheme – also known by its official name of the Coronavirus Job Retention Scheme – has been put in place to stop people losing their jobs because they could not work due to the coronavirus pandemic.  It is an agreement between an employer and employee that they will cease working for a minimum of  three weeks whilst still being paid a portion of their salary. Employers needed to get this agreement in writing.

How it works is that under the scheme the Government agreed to pay 80% of workers’ earnings up to a cap of 2.5k pounds a month. Employers can top up the extra 20%, but they don’t have to. This has been in place since the end of March, but the earnings rates will change from August. More about that below.

Who is the furlough scheme for?

Furlough is for people who cannot work due to the impact of the coronavirus. This usually means people whose workplace is closed, for instance, bars and restaurants or whose jobs would have been made redundant due to lost sales, earnings, etc, as a result of the pandemic. However, it can also include parents who cannot work due to their caring responsibilities, for instance, because their child’s nursery or school is closed and they have no other childcare options at all.

What are the new changes announced which start from July 2020?

As of 10th June, the scheme is now closed to new joiners, and soon employers will have to start contributing towards the scheme.

In August employers will need to pay National Insurance (NICs) and pension contributions for the hours the employee is on furlough.

From September the Government will only pay 70% of wages up to a cap of £2,187.50. Employers will have to pay the national insurance, and pension contributions but also top up the employees wages to ensure they still receive the same amount as before (ie 80% of their monthly wage up to a cap of £2,500).

What about those who have been on maternity, paternity or parental leave?

What is flexible furlough and how does it work?

The flexible furlough scheme starts on 1st July and allows people to come back to work on different working patterns than before, with employers paying for the hours worked and the Government topping up to their normal weekly salary. So, for example, if a person works for half their normal hours, the Government would pay 80%, 70% or 60% [depending on the month, in line with the tapering described above] of half of their normal wages, with the cap mentioned above being pro rata’d accordingly. How to prevent burnout

Burnout is a debilitating condition caused by excessive work and it’s been especially...read more 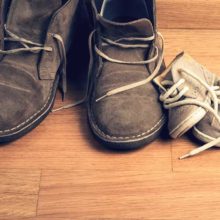