It’s exactly two years since our editor published his book Dads Don’t Babysit. He was interviewed recently about why it’s still relevant as we cope with Covid.

Next post
Folk want to work less and more flexibly 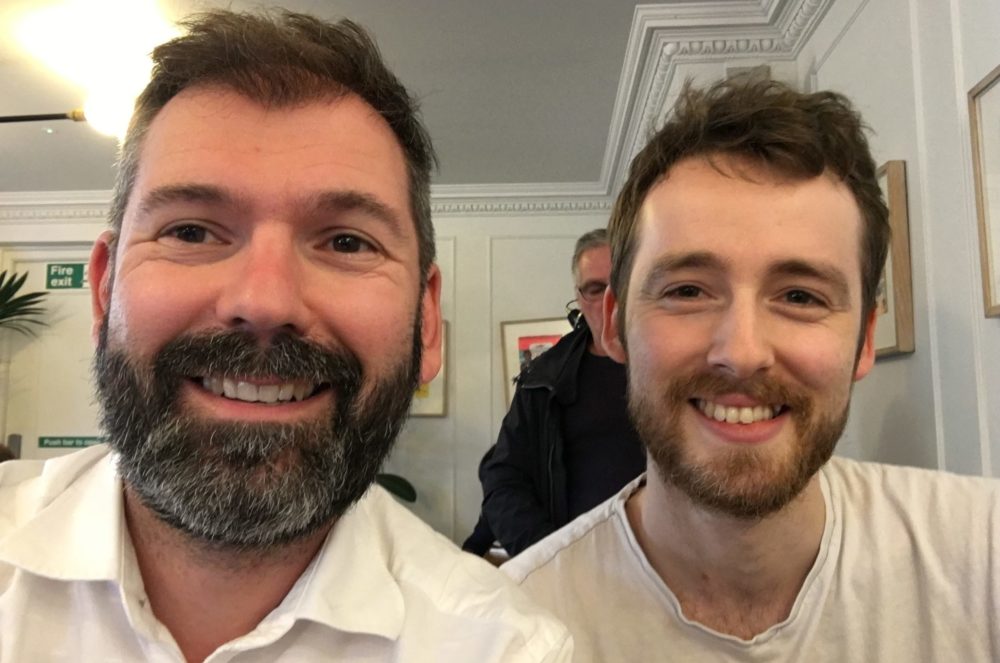 It’s two years since my book Dads Don’t Babysit was published. It was the culmination of a journey I’d been on from feminist fighting to break down barriers for girls to realising that boys and men are constrained by stereotypes too. Those expectations are at their most limiting at the pinch points of work and fatherhood.

To mark the anniversary since publication day Lisa Findley from publishers FAB interviewed myself and co-author David Freed about the continued relevance of the book, particularly in relation to the Covid pandemic. Here’s her write up: It’s now a familiar sight on the news: someone is conducting an interview from their home; their kid bursts into the room to request a biscuit or an opinion on their drawing; the interview is temporarily delayed while the parent tends to their child; all the while apologising profusely to the interviewer. When the Covid-19 pandemic forced us all indoors for months, our work lives and home lives came crashing together. Over a quarter of the employed population of the UK went on the government furlough scheme. Nearly half of the working population was working from home.

What has this meant for families? And what might it mean for the country in the post-pandemic age? Dads Don’t Babysit authors David Freed and James Millar say we have a lot to learn about how dads and mums can share the work/home life split more equally.

Despite the difficulties of juggling work and childcare, many dads are finding that having more time to spend with their children is a joy. Time they used to spend commuting or putting in long hours at the office can now be spent playing with their children, taking lead on making meals and doing the bedtime routine, and generally parenting in a much more active way than they had time for before. “The information we’re getting now is that a lot of dads actually say, ‘This is what we want’”, says David. “This is what we said in Dads Don’t Babysit; there was evidence beforehand that this is what dads want.”

There are certainly some dads who have shut themselves away in the study and left mums to get on with homeschooling the kids, breaking up sibling squabbles, and maybe squeezing in some time for her own work. That comes from the idea that dad must be the breadwinner and supermum can cope with everything else. But this attitude may be changing now dads have experienced first-hand the ups and downs of parenting while working.

Remote working is one of the flexible working options that UK employees are legally allowed to request of their employers. Prior to the pandemic, only around 5% of workers primarily worked from home. James Millar expects that this number will go up. “Good businesses will continue with working from home options, bad businesses won’t.” It’s a sensible option that many businesses are finding has no negative impact on their productivity, but it has a net positive impact on the parents using it.

Other forms of flexible working are legally available, such as amending hours to do the school run, but overwhelmingly women formally request it. This doesn’t mean that men aren’t requesting flexible working options, says James. “They’re just doing it informally, asking their line manager in the canteen, ‘Is it alright if I leave early on Friday to pick up the kids?’”

Leadership needs to come from policy to normalize flexible working that works for families, says James, but also, dads have to use it, and companies have to support them in that. When dads ask for flexible working options, employers have to normalize saying, ‘Okay, just fill out this form’. Encouraging this will make sure the numbers reflect reality and make dads more comfortable exercising this right.

He hopes that this extended time at home has strengthened the resolve for new dads to take not just their statutory parental leave but Shared Parental Leave. At the moment take up of Shared Parental Leave in the UK remains low. “It’s about getting the drive to remove those barriers to getting those dads to take that time off”, he says. That includes changing cultural expectations around how involved dads are in the daily lives of their children.

In the immediate future, what can be done to support parents in sharing the load of parenting and working? James says an opportunity was missed in the summer holidays., “Why didn’t the government get the libraries open with funding, doing summer activities for children? Why not set aside some weekend slots at museums for families?”

The government’s decision to end the furlough scheme without introducing further measures of support is baffling, James says. “What they did in the first instance [with the furlough scheme] was really hopeful. It sent a message that the government understands that we’re not just economic units and that we do have families and responsibilities and childcare worries. But they don’t seem to be following through on that now.”

In terms of how businesses can respond, Freed suggests that employers expand their approach to flexible working and parental leave. “Maybe we need to look at the inefficiencies and the losses that are happening because of an outdated social structure. Now is not the time to penny pinch over the smaller costs, given the much bigger economic benefits you can get.”

Co-author James agrees. “I think it’s fair to say that history shows that economic crises like these are actually the time to innovate. The firms that don’t just survive but actually succeed are the ones who innovate, take risks, and embrace the future.”

Finally, dads need to be more vocal. Many have found the joys of growing closer to their children well worth the frustrations of interrupted conference calls. Those dads must not be afraid to express that to their peers and their employers. The social culture has to change with the policies in order for equal parenting to be normalised, and for everyone to reap the benefits.

“The next step is for it to be financially easier, but it will be the responsibility of dads and parents to take a bit more ownership over making those change,” David Freed says.

“This is about making life better for everyone,” says James Millar, “by allowing men to spend more time with their families.”