The industry magazine has produced a comprehensive list of who the best employers are in the television space.

Next post
Patch: co-working spaces that are all about community Broadcast have revealed their Best Places to Work 2022 and of the companies who were part of the process, 94% of employees said they were very satisfied with who they work for.

Seventy-seven per cent of workers said they felt their pay was fair, compared to 66% of those at companies who didn’t make the list.

Television has suffered as much as any sector due to the pandemic, particularly due to halts in production and the fact that so many of its workers are freelancers or contractors on short contracts.

Among the most important things for employees in the industry were company benefits, good culture and “a robust training programme to boost skills”.

Icon Films chief executive Laura Marshall told the magazine, “We pride ourselves on nurturing talent and that means a high proportion of our team join as runners and production assistants, through apprenticeship schemes, work-experience placements and via the government Kickstart Scheme.”

The list consists of 34 companies, including Blast! Films (who make The Secret Life of the Zoo), Raise the Roof Productions (Kirstie and Phil’s Love It Or List It) and Stellify Media (Who Wants to be a Millionaire).

Twenty-seven of these firms produce TV while the others work throughout the industry, in areas such as casting. Thirteen are outside London.

“Every day should feel enjoyable, not a chore. We want every employee or freelancer to feel like a person, not a number,” explained Steve Wynne, CEO of Strawberry Blond.

Meanwhile, Raise the Roof managing director Jane Muirhead told Broadcast, “All core staff are offered a comprehensive package that includes healthcare, death-in-service benefits, a pension, critical illness and an employee assistance programme, along with increased holidays and perks such as shopping and travel discounts.”

Almost 90% of respondents at the companies on the list said their job allowed them excellent scope to develop professionally and follow a path consistent with their long-term goals.

A morning in the life of a single working dad

How do companies adjust to the new normal? 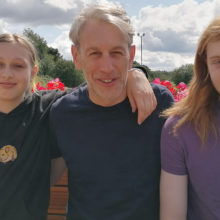 Previous post
A morning in the life of a single working dad
Next post
Patch: co-working spaces that are all about community